IN the tradition of Nat Canson and Bong Ramos, one more Filipino coach is making waves in Indonesia basketball.

Melvin Torralba Dawis has found his calling in Jakarta teaching the rudiments of the game he loves most, coaching in high school tournaments, club levels, and recently, as skills mentor of his very own cage camp.

Dawis, who played for Las Pinas College under former champion coach Louie Alas, has resumed doing cage clinics now that restrictions have been eased in the country that was among those greatly affected by the COVID-19 pandemic in the Southeast Asian region.

Based in Indonesia for almost a decade now, Dawis, who iscurrently on leave with club team Indon Muda, established the coachmelvinbasketball that basically concentrates on teaching the fundamentals of the game.

Most of those who join the camp are Indonesians, including some players who are already professionals.

Since it started last year at the height of the pandemic, the camp has expanded from solely focusing on skills and strength and conditioning, to beginners and advanced training.

Among the prominent ones who sought out his services included Yesaya Alessandro Michael Joseph Saulade, a former member of the Indonesian national team that competed in the Fiba U-18 Asian Championship in Thailand three years ago, and Darryl Sebastian, who was part of the Indon team that saw action in the 2017 Fiba Asia U-16 Championship held at the Smart Araneta Coliseum.

The 19-year-old Sebastian remains a member of the Indonesian national youth team out of Universitas Pelita Harapan, the same private Christian university that produced the 21-year-old Saudale, who is part of the Indonesia Patriots pool seeing action in the Indonesia Basketball League (IBL), where he has for teammates naturalized player Lester Prosper and Brandon Jawato.

He also had the opportunity to train previously two young members of the Indonesia girls’ youth team.

Dawis is not one to brag though, about the players who he got the chance to train in Indonesia. In retrospect, the Filipino coach stressed all he wants is to teach the game and show how it should be played the right way. 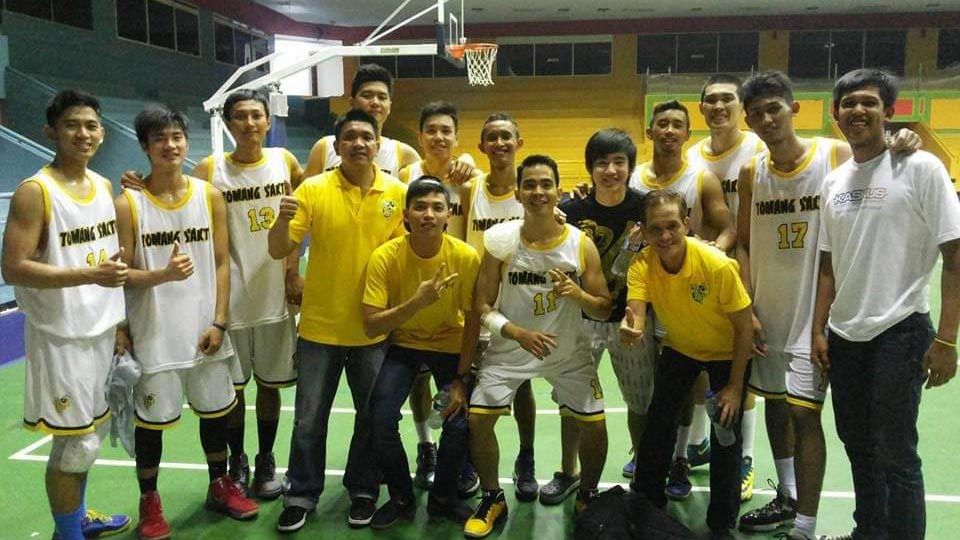 It’s good to note too, that Filipino coaches are highly-regarded by the Indonesians especially with Canson and Ramos winning titles in the IBL.

In terms of coaching salary, Dawis stressed it all depends on the club teams one is handling, although in general, the pay is not that bad.

With few opportunities available for him in the Philippines a decade ago, Dawis decided to work abroad.

But he believes everything happens for a reason.

“Siguro its God’s will kaya ako dinala dito para ma-share ko yung knowledge sa Indonesia,” he said looking back. “Calling ni Lord ito. Sabi ko nga, I coach for Him and not for anyone.”

We say amen to that, coach.

We are now on Quento! Download the app on Google Play or App Store and enjoy more articles and videos from SPIN

This website uses cookies to improve your experience while you navigate through the website. Out of these, the cookies that are categorized as necessary are stored on your browser as they are essential for the working of basic functionalities of the website. We also use third-party cookies that help us analyze and understand how you use this website. These cookies will be stored in your browser only with your consent. You also have the option to opt-out of these cookies. But opting out of some of these cookies may affect your browsing experience.
Necessary Always Enabled

Performance cookies are used to understand and analyze the key performance indexes of the website which helps in delivering a better user experience for the visitors.

Analytical cookies are used to understand how visitors interact with the website. These cookies help provide information on metrics the number of visitors, bounce rate, traffic source, etc.

Advertisement cookies are used to provide visitors with relevant ads and marketing campaigns. These cookies track visitors across websites and collect information to provide customized ads.

Other uncategorized cookies are those that are being analyzed and have not been classified into a category as yet.